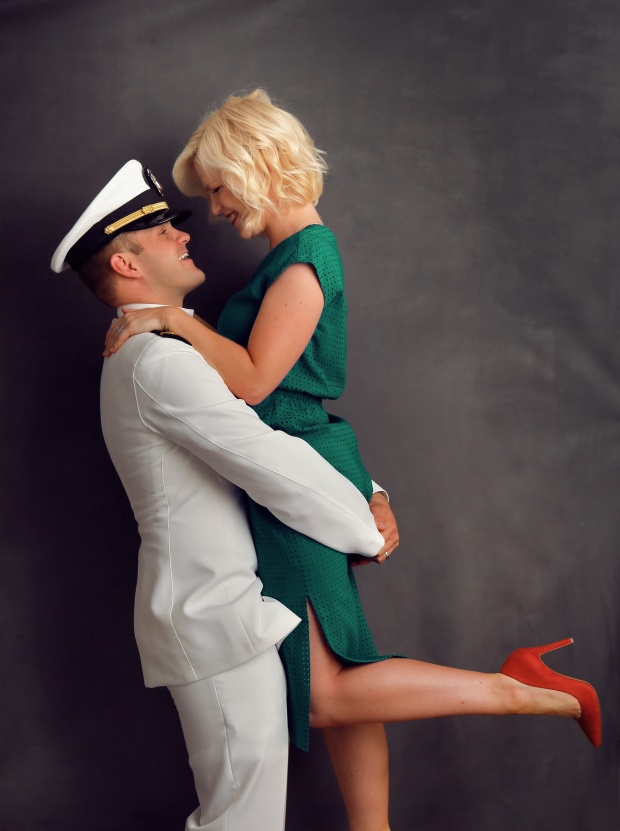 It’s a new year, which means maybe more consistent blogging?  We’ll see about that.  I hope everyone reading this had a wonderful Christmas time with their loved ones.  This was our first year of Thanksgiving and Christmas without family, and we are so grateful for our Navy and church friends that we celebrated with.  Even though the holidays are my favorite time of year, I must say I’m kind of glad to have a month of a lot of nothing!  There are exciting things -my practice doubled this week, we’re making healthier choices, D’s flying again, and we’re getting a little more sunshine.  All have me in a bit better mood and excited for what 2016 holds in store for us.

So far this year the most exciting thing has been that we are doing our 3rd round of Whole30 this month.  If you haven’t heard of it, it’s basically 30 days of super “clean” eating aka only meat, vegetables, and some fruits and nuts.  No dairy, no sugar, no peanut butter, no grains, basically no processed foods either. (It’s amazing what they put sugar in).  Also no alcohol, but that part is easy since I’ve had 29 years of practice.  If you’re interested you can read more about it at whole30.com but this isn’t an advertisement for whole30.  Maybe I’ll post about that after we make it through this one.

Well anyway, after moving and eating out a ton and the holidays, it was time for a reset for D and I – besides January is the best time to change your eating since everyone is on a diet, right?  I’m also really excited to renew my creativity with cooking – clean eating kind of requires it,  and it’s something that I feel like I’ve been lacking since we moved here.  Hopefully after this month I can keep it going after with healthy meals and just enjoy my donuts and chips and chocolate a little less frequently (just a little).

Our recent focus on food and a comment in one of my magazines had me itching to write about something that has been on my mind lately.  It’s a little personal, but I think it’s important.  Up until a little over year ago when we did our first whole30, I ate whatever I wanted and have always been on the thin side.  People have made comments to me all my life about my weight, meant to be “positive,” and I think it was just this last summer that I realized how those comments have NOT been helping me.  I’ve been told people are “jealous” that I can eat whatever I wanted and not gain a ton of weight, not realizing that because of this, I developed some pretty horrible eating habits that contributed to major stomach issues, acne, and serious body aches and pains.  I never even tied those things to food because I wasn’t gaining weight.  My weight has mostly been determined by genetics. When I’ve taken steps to improve my health however, people have been discouraging because they don’t think I need to lose weight.  I did whole30 the first time because I knew I was addicted to sweets and didn’t want them to have so much control over me, but people’s responses were “you don’t need to lose weight” and “you shouldn’t do that, you’re too skinny.”  I didn’t want to lose weight, I wanted to stop having stomachaches every morning and being miserable after every time we went out to eat.  I didn’t want to look better, I wanted to feel better!  The first time I tried to take control of my eating was really difficult, and it would have been so much more helpful to hear “good for you for trying to take better care of yourself.”  I’ve written before about how I challenged myself to start running this year and one woman’s response when I told her I was starting to run was, “why would you do that?  You’re already skinny.”  I was shocked because running was about doing something I’d told myself I couldn’t do, something I was so proud of. It had nothing at all to do with my weight!  I didn’t lose a single pound while running but what did that have to do with how many miles I made it without passing out or giving up?  And then there’s been the comments my whole life about how “small” and “skinny” and “little” I am.  Which, by popular opinion has not built my self-esteem, but has only made me conscious of how very aware others (women, especially) are of my body and my weight.  Meaning, when I gain two pounds, I assume the entire world notices.  Because if they notice when I’m skinny, they must notice when I’m not.  I once got told that I had the body of a teenager – I don’t know about you, but when I was a teenager, I was weak, flat, riddled with acne and had no curves on my body whatsoever.   At 29 years old, I have no desire to look like a teenager!  It just amazes me how it’s become okay to comment about other’s weight and bodies so freely.  Let me be clear, most of these comments are from strangers or people I’ve just met!  I can’t imagine meeting someone and within five minutes I’ve said “you’re so fat” or “you should probably start running because you need to lose some weight.”  Now I don’t want to compare myself with what other women go through with judgment of their bodies, I don’t think I’ve got it worse than anybody else – but can we all just stop judging ourselves and consequently others?  Even if we think it’s a compliment?  Because how is someone’s weight – which is determined by a hundred different factors both in and out of their control – something that we should decide if it’s good or not? I’m not offended by these comments and don’t think anyone should feel bad about them, I don’t think anyone who has said these things to me or others means any harm.  I just wish our compliments could shift to telling each other that we’re beautiful, not that we’re a number on a scale or a measurement around a waistline. Beauty means so much more than that to me!  Let’s applaud each other for things that we can and should be proud of and learn to love our own bodies for whatever they are at this moment.  Just my two cents.  Now on to attempting to make homemade sweet potato chips.  That’s the same thing as Herr’s right?